HLESTAKOV: (Aside) I must hold my temper and keep to my newfound humidity. (To waitress.) Peasant. Tell your master he must realize that, regardless the circumstances, a man must eat. Tell him that sustenance freely given is an act of charity that shineth its goodness on the giver as much as one he for whometh it is givedeth. Tell him that maybe a stinking little swine like him can go without food for days, but I can't feed off my fat like a hog in heat! Now go! (Waitress exits.) Now we'll get some service!

In Nikolai Gogol's classic satire, The Government Inspector, the corrupt officials in a small Russian town mistake an unemployed clerk for an inspector spent by the Tsar to spy on them. When the clerk realizes the officials' mistake--and that they are willing to do whatever it takes to win his favour--he decides to take full advantage of the situation, happily accepting their gifts, bribes, and hospitality.

In addition to being a hilarious comedy, The Government Inspector is a biting commentary on the nature of corruption, as relevant to the present day as it was to the nineteenth century. 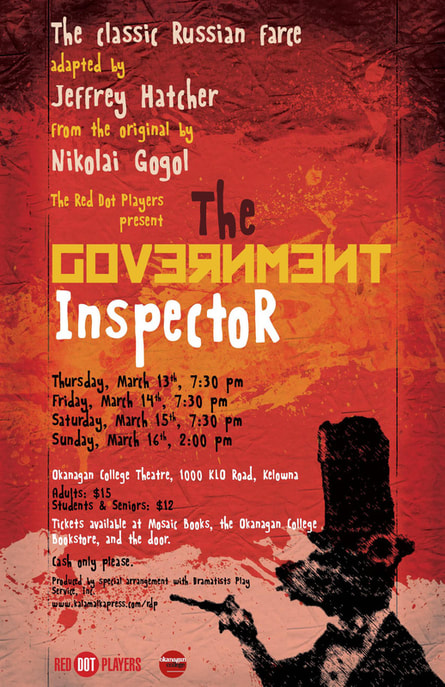 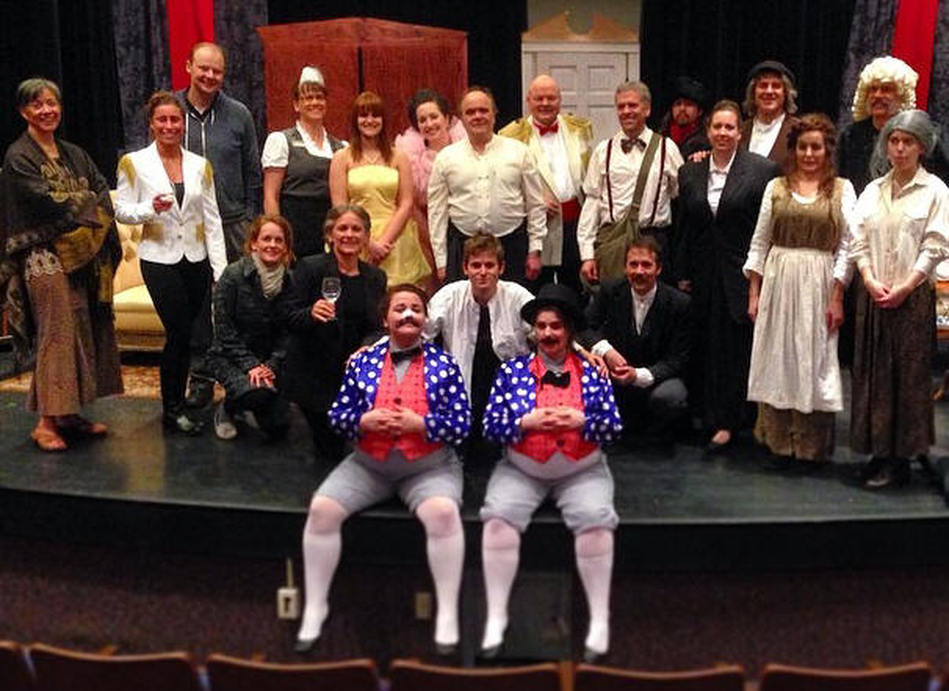 The Okanagan College Red Dot Players are presenting a timely historical offering with playwright Jeffrey Hatcher’s sharp-edged adaptation of Nikolai Gogol’s The Government Inspector at the Kelowna campus, March 13 to 16. The entertaining take on incompetence, ignorance and greed in a small Russian town is a hilarious comedy of errors and a biting commentary on the nature of corruption, as relevant today as when it was first written.

With witty dialogue and a fast-paced storyline, the play follows the antics of shady officials who mistake an insignificant clerk for a government inspector sent by the Tsar to spy on them. Anxious to avoid the wrath of the Tsar, the officials flatter and bribe the clerk, who decides to take the officials for all they are worth.

“All the actors are bringing a tremendous amount of comic energy to the production,” said artistic director and Okanagan College English professor, Jeremy Beaulne. “The play contains some wonderfully silly, absurdist humour along with a very pointed satirical depiction of corruption.”

“It’s one of the largest shows I’ve ever directed – with a talented cast of 22 people, including students, faculty, alumni and members of the community. Some have been acting for years; others have never been on a stage before.”

Tickets are $15 for adults and $12 for students/seniors, and are available at Mosaic Books, the Okanagan College Campus Store, and at the door.

The Red Dot Players are an Okanagan College theatre club based on the Kelowna campus, with a mission to produce plays that entertain, challenge and educate audiences. The Government Inspector is the Red Dot Players’ fourth annual production. Previous shows include The Beaux' Stratagem by George Farquhar, Blithe Spirit by Noël Coward, and Les Belles-Soeurs by Michel Tremblay.

“I’ve been very fortunate to collaborate with a core team of Okanagan College colleagues on all four of the productions I’ve directed for the Red Dot Players,” said Beaulne. “We receive a lot of support from Okanagan College, which encourages us to mount a production each year.”